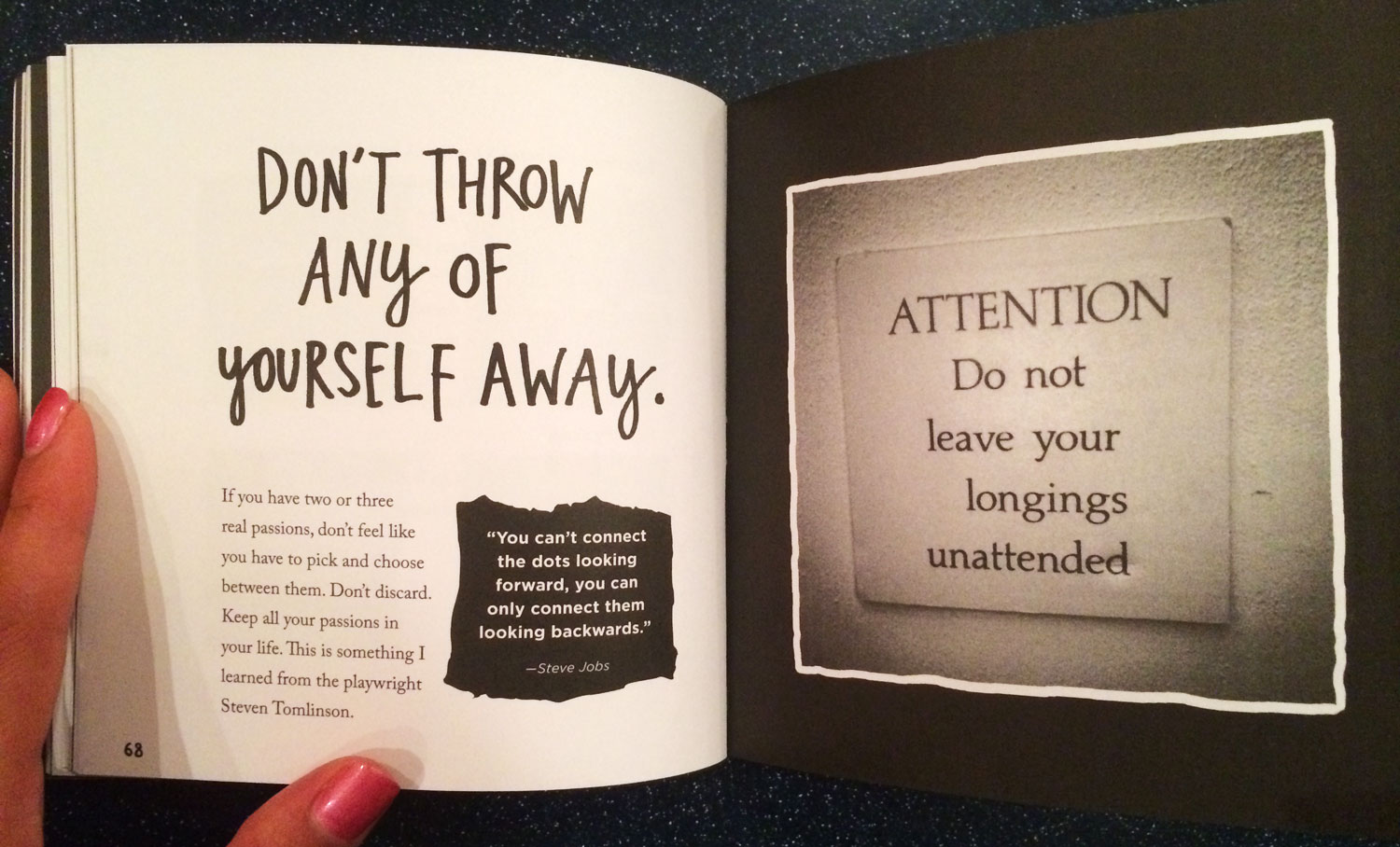 Just about a year ago I was feeling a bit stuck. I had put a lot of effort into my work and felt okay about what I was presenting to the world. Somewhere along the line I had let the influence of what and how others thought interfere with the authenticity of my work—design and fine art. I was at an InDesign conference in Austin, TX that was fairly straight forward and to the point. One of the speakers had canceled a few weeks earlier so they scrambled and found a local speaker, Austin Kleon, who would take his place. The name of his speech had caught my attention in a negative way—”Steal Like An Artist.” I was a bit offended but was curious nonetheless.

The speech began and it was evident from the start that Austin was capturing the audience. He was the first person who spoke at the conference in which emotions were stirred. In short he was giving the crowd a creative spanking. I felt so relieved that he had taken some of the most misconstrued conceptions in the fine art and design world and turned them upside down and shook the garbage out. One of the ideals that resonated the most was about working on multiple projects/talents at a time. I’ve been interested in multiple levels of creative work my entire life. I’ve been told numerous times, by numerous people to hone in on one craft if I really want to be good at anything. Austin’s way of looking at that one facet of his speech really helped me embrace that part of myself.

His speech was created from his book Steal Like An Artist, which is a New York Times Best Seller! The excerpt below was pulled from page 72 of the book:

If you need a boost of creativity I suggest you purchase this book right away! I’m certain one or more parts of his book will help you embrace a part of yourself that you’ve been limiting.

See his Ted Talk below:

The shop is launching Thursday, May 20!
Sign up to get the details here.